From the Lions’ new coach to their top-5 draft pick, these three key Detroit personalities are just what this team needs.

Detroit Lions Hard Knocks 2022 is a documentary that follows the Detroit Lions as they try to make their way back into the NFL. The show has 3 must-watch personalities who can make America’s favorite team. 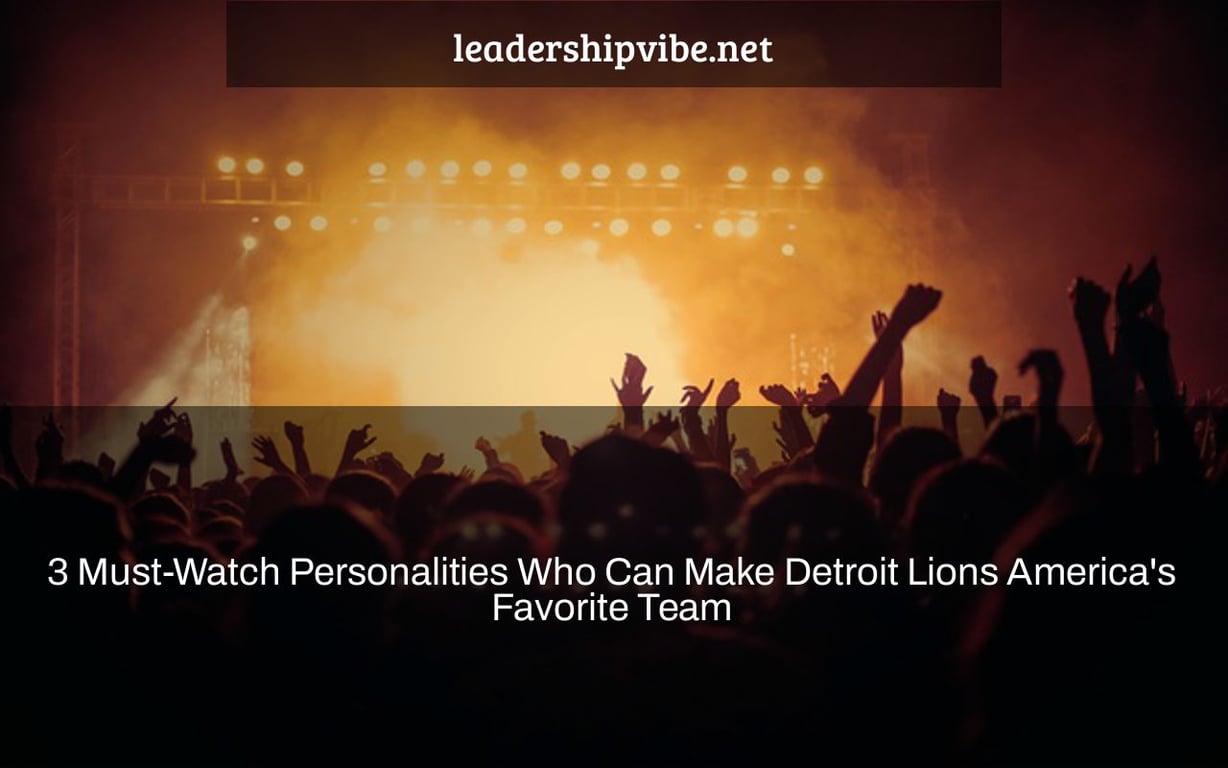 Metro Detroit, fasten your seatbelts. At least in NFL circles, your Detroit Lions are set to become household names. The documentary ‘Hard Knocks: Training Camp with the Detroit Lions’ will be a big smash.

Dan Campbell, the team’s head coach, is in the midst of what is possibly the most difficult rebuild in sports. Since 1992, the Lions haven’t won a postseason game. Campbell is hopeful that his rah-rah, in-your-face attitude will continue to get through to his locker room after a 3-13-1 debut season in Detroit. He’ll almost certainly be looking for a couple more victories as well.

This will be must-see television, particularly for fans of the ‘Hard Knocks’ series.

These three individuals, in particular, are going to steal the show.

Let’s just get the obvious one out of the way first. Dan Campell was born to be in the limelight.

If he fails as a head coach, which is a possibility with a team that seems to employ a new coach every three years, he should swiftly join Tony Romo in the booth and become America’s second-favorite announcer.

Campbell is clearly knowledgeable about the game, but he’s also humorous, personable, and damned if people don’t enjoy him.

This is the very same NFL coach who cried at the postgame podium after a Week 5 loss to the Minnesota Vikings. He just felt that bad for his players.

Other highlights from his rookie campaign as head coach in Detroit include showing up to a press conference wearing a racing helmet, saying that he’d like to get a pet lion, and detailing one of the most intense coffee regimens of all time.

This man is legendary, and although it may get a little campy at times (particularly when the victories don’t come), he’ll be pure gold for the cameras on ‘Hard Knocks.’

The Detroit Lions’ Jamaal Williams #30 celebrates a touchdown against the Baltimore Ravens. On ‘Hard Knocks,’ Williams is going to be on fire | Nic Antaya/Getty Images

Despite this, Williams was perhaps Green Bay’s top fan favorite, a designation he carried over to Detroit when he joined with the Lions last summer.

On the football field, Williams embodies happiness. He’s earned a cult following for his propensity to dance his socks off during pre-game warmups, but he’s also one of the greatest interview subjects a sports writer could ask for.

There was the occasion, for example, when he likened the Packers to an ex-girlfriend.

Williams remarked through Dave Birkett, “It ain’t hard for them to say ‘bye.” “They gave me a chance” (go). Golly, y’all act like I left on my own. I wasn’t the one who did it. I mean, I could have remained if I could have. They didn’t want me if I couldn’t do it.

“Like that ex-girlfriend,” he said, “shoot, I need to leave.” “However, I got a rebound, and the Lions scooped me up.” They are now feeding me well and bringing me to meals. “One man’s garbage is another man’s gold.”

Those remarks on a past squad are legendary in and of themselves. Williams remarked that playing in the rain made him feel like the incomparable SpongeBob SquarePants when he was with the Packers.

I adore it, I adore it everything… “I believe the rain slows everyone else down,” Williams stated, according to Ryan Rodig of WFRV-TV (h/t nesn.com). “… I’m starting to feel like a mermaid.” Everyone else looks like dogs swimming, and I feel like a mermaid. Do you get what I’m saying? Out there, I was a native speaker. So it seems to be raining. “I’m channeling SpongeBob.”

HBO would be prudent to hand over the camera to Williams for an hour and simply let him speak.

Commissioner Roger Goodell announces a first-round selection by the Detroit Lions. For ‘Hard Knocks,’ the Lions are a fascinating alternative | Ronald Martinez/Getty Images

‘Hard Knocks’ is likely to give a lot of airtime to whomever the Lions choose at No. 2 overall.

It also makes logic. In terms of the expectations that will be placed on them in Detroit, we’ll be witnessing a young player with the weight of the world on their shoulders.

This choice, along with No. 32, which the Lions now control as a result of Matthew Stafford’s trade to the Los Angeles Rams, will be crucial in determining the direction of Detroit’s reconstruction.

If the Lions strike gold and get a superstar, Campbell’s team’s progress may be accelerated. It could be disastrous if they miss, which has sadly occurred in the past for Detroit.

End of the defense Aidan Hutchinson was a Heisman Trophy contender for the Michigan Wolverines, and many people are projecting him to be the Lions’ second-round choice.

In terms of ‘Hard Knocks,’ he’d probably be the most intriguing draft selection because it’d be interesting to watch how he handles the strain of being a homegrown star. Hutchinson was born and raised in Ann Arbor, Michigan.

Kenny Pickett of Pitt may be a possibility, but Malik Willis of Liberty would be the most risky pick Detroit could make, and he’d be intriguing to watch on ‘Hard Knocks.’

Regardless of how the draft goes, the Lions are an excellent pick for ‘Hard Knocks.’

The “detroit lions coaching staff 2019” is a must-watch personality who can make the Detroit Lions America’s favorite team.