The conservatorship of former child actress Amanda Bynes was terminated yesterday after nearly 9 years, a judge ruled. The 33-year old has spent the past few months in an undisclosed psychiatric hospital undergoing treatment for her severe mental illness and addiction to drugs like

Amanda Bynes’ conservatorship has been terminated after nearly 9 years. The conservatorship was put in place to prevent Amanda from doing anything that could harm herself or others. 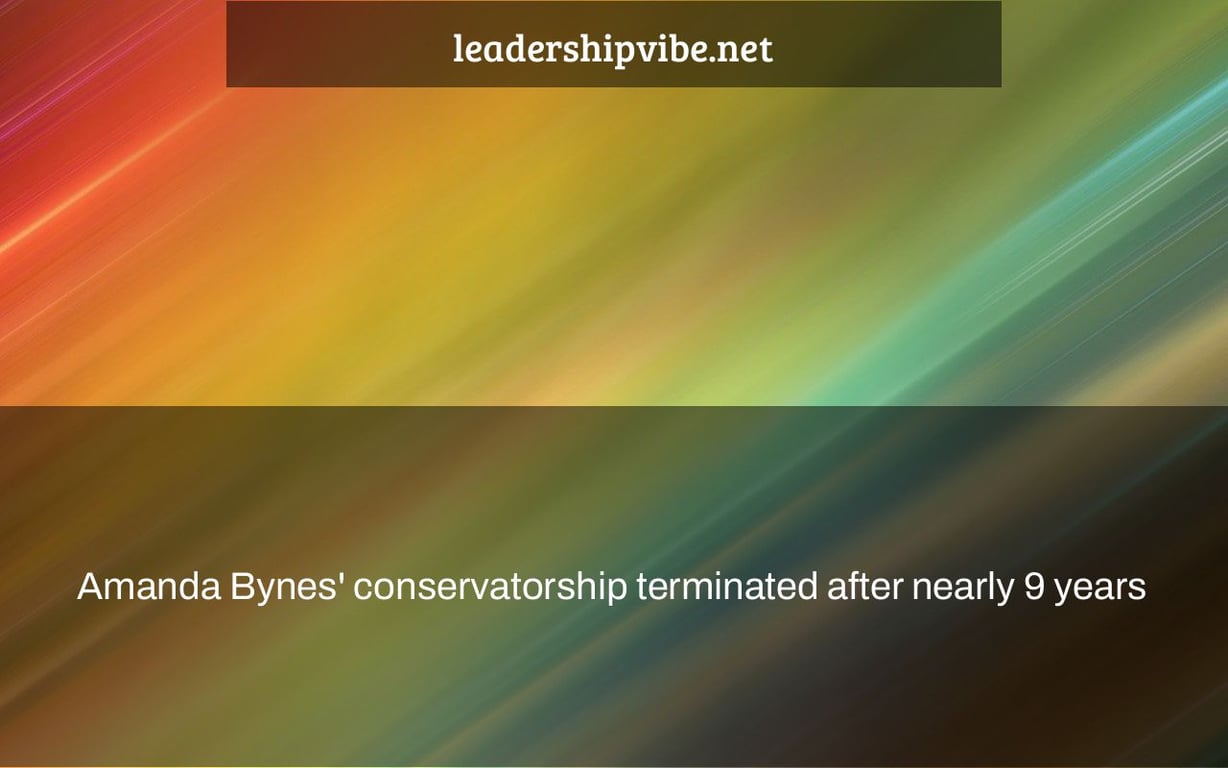 The conservatorship of former actress Amanda Bynes was formally revoked by a court in Ventura County, California, on Tuesday. The verdict ends Bynes’ almost nine-year conservatorship and restores her complete power over her medical, financial, and personal choices.

After showing that she was of sound mental ability to provide “informed consent to any sort of medical treatment,” Bynes was freed from the conservatorship. She rose to popularity for her roles in the children’s comedy “All That” and “The Amanda Show.”

In a provisional order issued Monday, Superior Court Judge Robert Lund wrote, “The court concludes that the conservatorship is no longer warranted and that grounds for the institution of a conservatorship of the individual no longer exist.” “The court expects to approve the petition for termination and order that Amanda Bynes’ conservatorship be terminated.”

Lynn Bynes’ mother was originally given guardianship of her daughter by a court in 2013. After Bynes was involuntarily confined to a mental institution for starting a fire in her parents’ driveway, her parents sought guardianship.

In court, Bynes’ parents testified that their daughter had been acting erratically, including expressing fear about being monitored and followed.

“We’re all ecstatic, and we’re all eagerly anticipating Amanda’s return to a private and regular life. Ms. Bynes’ parents have been extremely supportive throughout the conservatorship and have assisted her in working toward a positive transition into the real world, which has been the goal of the legal arrangement since the beginning “Entertainment Tonight spoke with Bynes’ lawyer, David A. Esquibias. “In the short time she’s been [living at the organized community for women], Ms. Bynes has done really well. She is now allowed to live freely and without the supervision of the conservatorship. Aside from maintaining her normality as a person and a student, I know she is looking forward to her next step.”

The announcement came four months after pop diva Britney Spears’ conservatorship terminated, which re-ignited media interest in conservatorships. For the first time in more than 13 years, the then-39-year-old regained control of her health, estate, and finances in November.

Amanda Bynes’ conservatorship has been terminated after nearly 9 years. Amanda became a public figure in 2006, and her parents took over as her conservators after she was arrested for DUI in 2009. Reference: amanda bynes instagram.

What is a conservatorship Amanda Bynes?

A: A conservatorship is a legal process that involves the appointment of a guardian or trustee over an individual who they are deemed unable to manage their own affairs due to mental incapacity.

A: Amanda Bynes is not conserved.