The CEO of a company that is developing technology to help Holocaust survivors find loved ones during World War II was hiding in a sewer for three weeks after his family died. 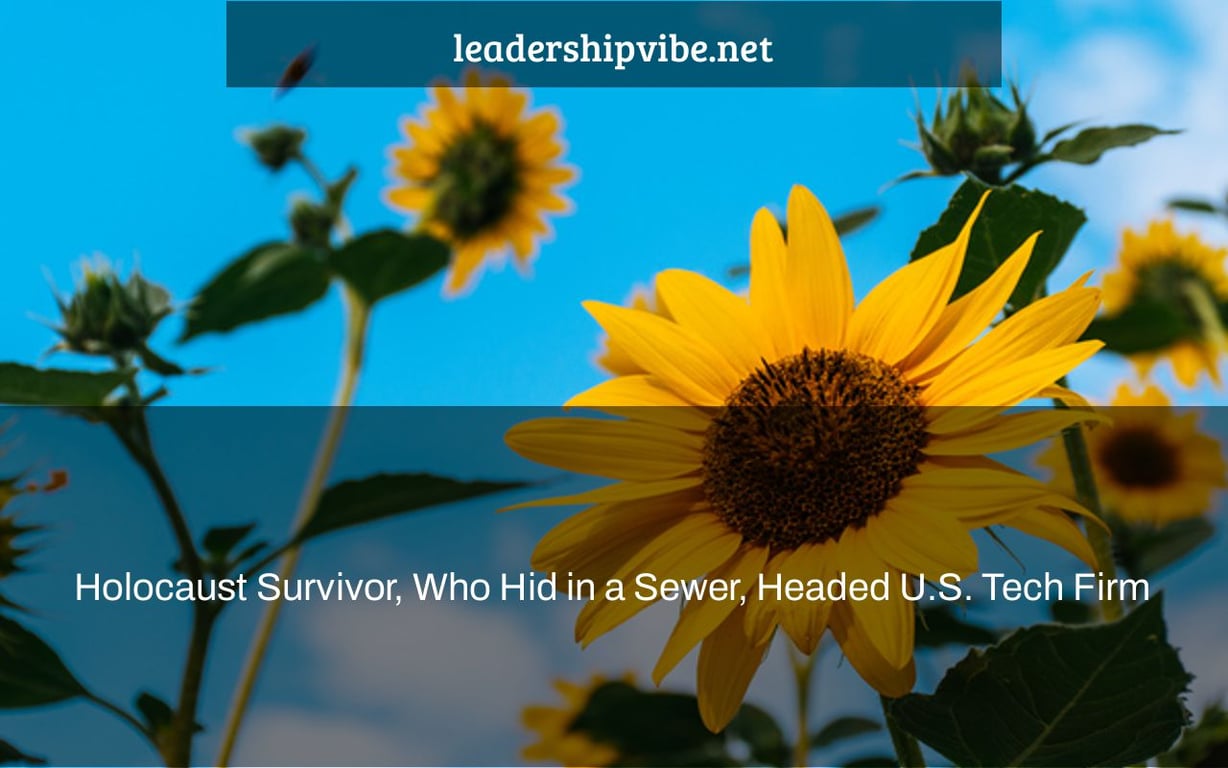 Carl H. Rosner had already experienced the dissolution of his parents’ marriage in Hamburg, Germany, life in an orphanage with other Jewish children, the Nazi-ordered closure of his school, street harassment from stone-throwing ruffians, and a cattle-car ride to the Buchenwald concentration camp at the age of 16.

“I was usually upbeat,” he subsequently said. “I knew this couldn’t endure, that the Germans wouldn’t be able to pull it off.”

With Nazi Germany on the verge of collapse in early April 1945, such optimism was put to the test. The whole Jewish population of the camp was summoned for a roll call. The young guy had a sneaking suspicion that they were in for something terrible.

Erwin Lippmann, an older prisoner who had become his unofficial protector, offered him counsel. Carl and his younger brother were led into a sewer by Mr. Lippmann, where they hid for a day or two.

Buchenwald was freed by US soldiers in a matter of days. Carl Rosner moved to Sweden before emigrating to the United States in 1952, where he worked as a research engineer at GE and then as the CEO of Intermagnetics General Corp., a supplier of materials for magnetic resonance imaging (MRI) equipment.

Mr. Rosner died on April 16 in Niskayuna, New York. He was 93 years old when he died.

Karl Heinz Rosner was born in Hamburg on April 4, 1929, the first of three boys. (He eventually altered his first name’s spelling to Carl.) Rahel Rosner, his mother, owned a bedding shop with the aid of his Romanian father. As Nazi persecution of Jews worsened, his parents split, and his mother explored methods to flee with her boys. As part of the Kindertransport program, Eliot, the youngest boy, was moved to Sweden. Ms. Rosner joined him there, leaving Carl, 9, and his brother, Joseph Wolfgang, 8, in an orphanage as they waited for a chance to leave.

In a 1997 interview with the Shoah Foundation, Carl Rosner observed, “As a youngster, you accept things.” “You don’t second-guess yourself or be concerned about anything.”

The lads were required to wear star-shaped patches in public to identify themselves as Jews. Carl was left to play chess and study books at the orphanage when his Jewish school closed in 1942. Other Jews were sent to concentration camps. He felt left out at first and wanted to go with his pals.

For a while, his Romanian citizenship, a heritage of his father, protected him from that destiny. He and Joseph were placed in a Jewish old-age home, where they assisted in the kitchen. They afterwards moved in with a family whose daughter was stationed in England.

They escaped bombing strikes in Hamburg, but were caught and transported to Buchenwald in June 1944. They had their heads shaved. Disinfectant was sprayed on them. They were made to watch as inmates who attempted to flee were hanged.

Carl Rosner was forced to work as a bricklayer and became critically sick as a result of the starvation diet and subzero conditions. With a little luck and a little aid from Mr. Lippmann, he made it through.

The Rosner brothers arrived in Sweden in the autumn of 1945, and Carl Rosner continued his official schooling. He married Frieda Zeidshnur, a Holocaust survivor, and the couple immigrated to Newark, New Jersey, in 1952, where Mr. Rosner got a degree from the Newark College of Engineering.

He was employed by GE in 1955 to work in a research center in Schenectady, New York, where he assisted in the development of superconducting magnets. During his trips to elementary schools, he dropped metallic shavings and then astounded the students by cleaning up the mess with magnets almost instantaneously.

Carl H. Rosner of the GE Research Laboratory used superconducting magnets to execute the ‘iron filing experiment’ that high-school science students are acquainted with on a big scale.

Mr. Rosner had founded another firm, CardioMag Imaging Inc., which produced technologies for the early identification of heart illness at the time.

He was apprehensive about retiring. He’d observed what happened to some individuals who quit their jobs: “They just died.”

Frieda Rosner, his wife, died in 2000. His brother Joseph, three children, six grandkids, and one great-grandchild survive him.

“Survivor Café,” his daughter Elizabeth Rosner’s 2017 book, explores how the pain of atrocities is handed down to new generations. Her father’s ordeals, she feels, given her a “tendency to be hyper-vigilant” and “saw tragedies around the curve.” It also gave her faith in her ability to persevere in the face of adversity.

“My father used to remark about how lucky he was to have survived,” she claimed. “He was hesitant to give himself credit.” He was taken aback when folks thought he was amazing.

Despite having had a brief upbringing, he learnt to play about with his grandkids later in life. He was a chess fanatic who admired Beethoven. His bookshelves at home were stacked two volumes deep. He told the Albany Times Union, “I want to know everything.” “I’m curious about everything.”

James R. Hagerty can be reached at [email protected]