A new rule set is coming to the game, embracing a more free-form play style and making some rules relevant for only one specific region. Additionally, many changes will be made to how players interact with each other in multiplayer games.

The “monsters of the multiverse alternate cover” is an image that showcases some changes to the rules for the game. 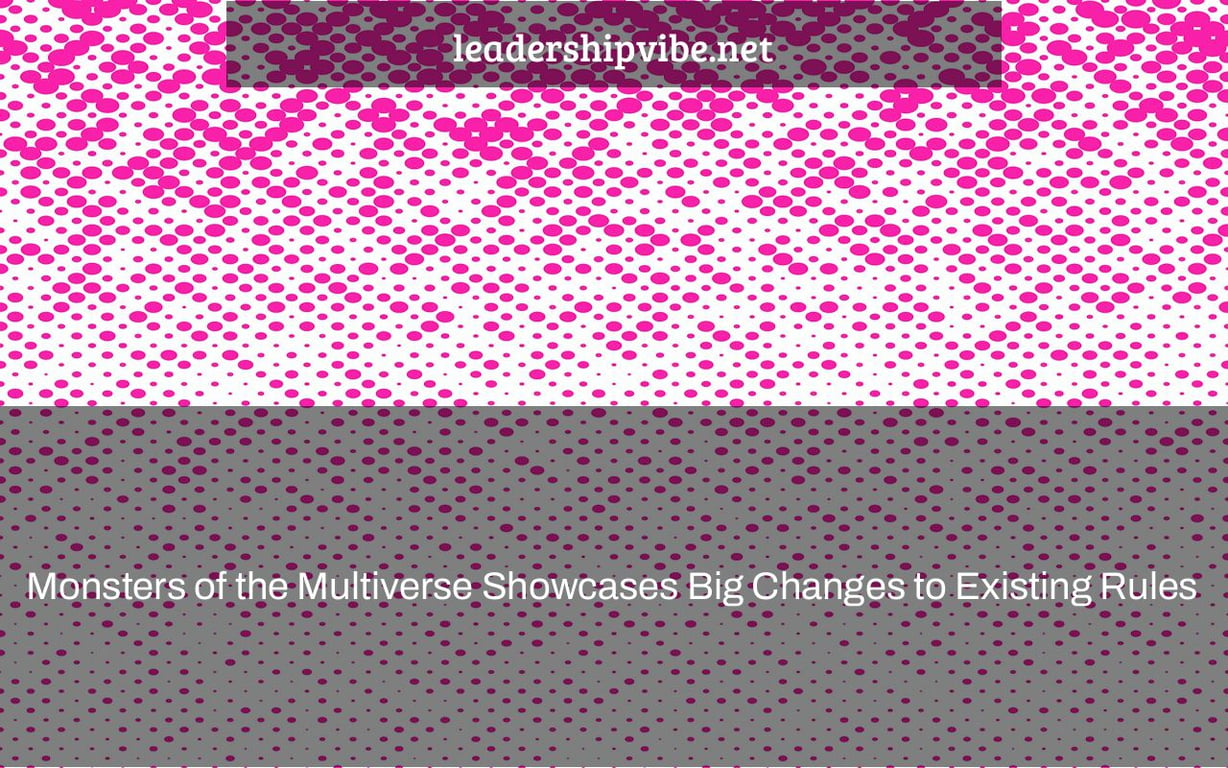 Our editorial staff has chosen each product independently. Some links to items on this website may earn us commissions. Promotions are subject to store restrictions and availability.

The first new Dungeons & Dragons book published by Wizards of the Coast this year serves as a major update and reflects recent changes to design philosophy that emphasizes universality over the lore of any one world. Later this month, Wizards of the Coast will release Mordenkainen Presents: Monsters of the Multiverse as one of three books included in the upcoming D&D Rules Expansion Gift Set. The book contains a collation of player races and monster statblocks previously published in various other D&D books published since the launch of Dungeons & Dragons Fifth Edition nearly 8 years ago. Many of these player races and statblocks have been modified to bring them in line with recent changes in 5E design philosophy first seen in Tasha’s Cauldron of Everything, a 2020 rulebook that notably scrapped fixed Ability Score Increases to races.

During a Wizards of the Coast-hosted press event this week, lead rules designer Jeremy Crawford noted, “We wanted to develop a companion book that stood alongside the Player’s Handbook and Monster Manual.” “As a result, you’d have a one-stop shop for playable races and monsters from all across the universe.” The Tortle (the first time 5E rules for the turtle-like race have seen print in a physical tome), as well as the latest Fairy and Harengon races from The Wild Beyond the Witchlight, are among the 33 distinct player races included in the book. Crawford said that the fairy was created expressly for Monsters of the Multiverse, which was published before the adventure.

(Wizards of the Coast photo)

With all 33 races lined up next to one other, the Monsters of the Multiverse design team took use of the chance to improve game balance by ensuring that the races were relatively strong or adaptable. The races were more strong in many circumstances to ensure that they could provide a “more similar level of contribution” to an exploring team. To represent the “universal” form of these player races that may be introduced into any campaign setting, the Monsters of the Multiverse versions of these player races eliminate qualities that are exclusive to one setting’s version of a race. These modifications also erase qualities that are unique to a particular culture, according to Crawford, who points out that every race, not just humans, has cultural adaptability. Furthermore, set Ability Score Increases (e.g., a Goblin with +2 Dexterity and +1 Constitution) were replaced with floating Ability Score Increases (players pick which score to give a +2 to and which score to provide a +1 to).

Also in the book are 250 monster statblocks, almost all of which have appeared in other D&D books. Many of these statblocks have also received overhauls in Monsters of the Multiverse, making many of these creatures much more dangerous. Crawford noted that the statblocks reflect a revised design philosophy in regards to a monster’s “Challenge Rating,” a classification of sorts meant to show how dangerous a creature is to a 4-player party. While a monster previously needed only a single set of combat options to justify their Challenge Rating, the new statblocks have multiple sequences that would “max” out a creature’s lethality and match a creature’s CR. Basically. DMs have more flexibility in what a creature can do while retaining its threat to a party. While almost all of the creatures found in Monsters of the Multiverse have already appeared in at least one D&D book, there is one new creature in the book- the Dolphin Delighter.

The “monsters of the multiverse wizards of the coast” is a game that has been around for years. The company behind it, Wizards of the Coast, recently released a blog post detailing some big changes to the existing rules.