Dr. Gary Barker wrote this short essay to encourage his students in the morning, and it’s a great example of how we can use our words to uplift others around us. 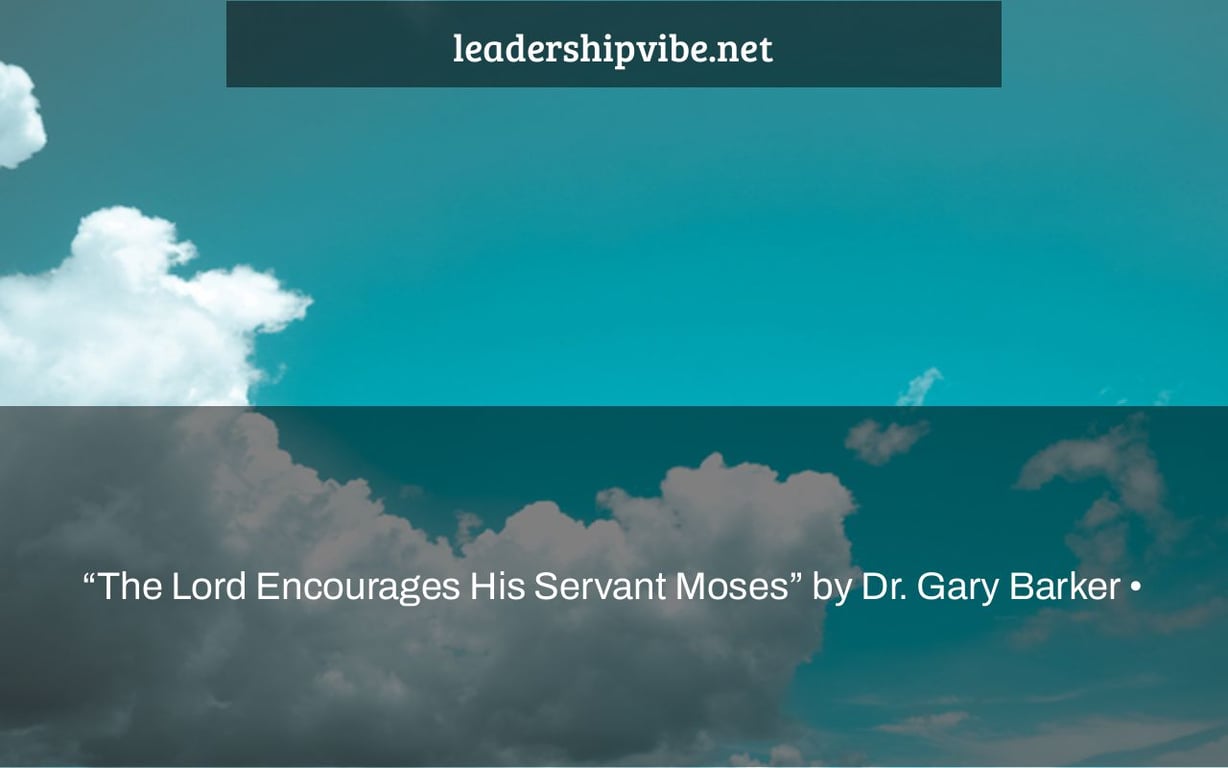 We are returning to our study of Moses’ life in our meditation this week. We studied what occurred to the children of Israel when Moses and Aaron went before Pharaoh and asked that the Jews be freed from slavery in Exodus 5:4-27. Pharaoh informed Moses and Aaron that he didn’t know who the Lord was and had no duty to release the Jews from slavery since he didn’t know who the Lord was. Pharaoh’s personal reaction to the invasive request was to punish God’s people severely. There would be no more straw available to create bricks. Slaves were required to collect their own straw and yet meet their daily quota. Moses and Aaron were accused by the slaves of inciting Pharaoh to hate and punish them. Pharoah now had a reason to execute the slaves for failing to perform as planned. Moses and Aaron were accused by the Jewish authorities for the serious hardships they were suffering. Then Moses and Aaron went to the Lord, accusing Him of creating the difficulties. Moses became dismayed and informed the Lord that nothing good had transpired for the slaves in Egypt since he arrived. Moses chastised God for doing nothing to free His people from slavery (Exodus 6:17-23). Moses was very enraged.

Dr. Gary Baker is a columnist for The and the Paso Robles Press; he may be reached at [email protected]

The Lord responded to Moses by reminding him of two key aspects of God: 1) Concentrate on the LORD Jehovah, the Eternal, Self-existent Creator and Sustainer of all things who has omnipotence; 2) Have trust in God’s faithfulness to keep HIS PROMISES (Exodus 6:1-4). Moses had apparently forgotten that God had earlier informed him that Pharoah would first refuse to listen to Moses and voluntarily liberate the Jews. God tells Moses that He would demonstrate His strength to Pharaoh and that the whole nation of Israel will be released from slavery ultimately (Exodus 6:5-8). By declaring Israel His own property, the Lord pledged to free them from servitude. In accordance of the Abrahamic covenant, the Israelites would leave Egypt and be led to the promised land, where they would dwell as an eternal inheritance (Genesis 12:1-3, 15:17-20, 17:1-8). The Jews were given this word by Moses, but they refused to accept it due to the harshness and difficulty of their suffering (Exodus 6:9). Because of the Lord’s promises, Moses was ready to go before Pharaoh as God’s envoy once again. His COURAGE was resurrected by his FAITH in God’s Person, Power, and Promises. Putting your FOCUS ON GOD, not yourself, is the spiritual antidote for despair and disappointment.

There are some lessons to be learned.

We’re going to get through this together, Atascadero

Will the Browns stick with Baker Mayfield at QB? Biggest questions facing Cleveland this offseason